Is blockchain technology the new internet?

The blockchain is an undeniably ingenious invention – the brainchild of a person or group of people known by the pseudonym,  Satoshi Nakamoto. But since then, it has evolved into something greater, and the main question every single person is asking is: What is Blockchain?

By allowing digital information to be distributed but not copied, blockchain technology created the backbone of a new type of internet. Originally devised for the digital currency, Bitcoin,  (Buy Bitcoin) the tech community is now finding other potential uses for the technology.

Bitcoin has been called “digital gold,” and for a good reason. To date, the total value of the currency is close to $9 billion US. And blockchains can make other types of digital value. Like the internet (or your car), you don’t need to know how the blockchain works to use it. However, having a basic knowledge of this new technology shows why it’s considered revolutionary. So, we hope you enjoy this, what is Blockchain guide.

What is Blockchain Technology? 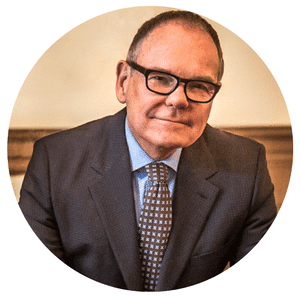 “The blockchain is an incorruptible digital ledger of economic transactions that can be programmed to record not just financial transactions but virtually everything of value.”

Picture a spreadsheet that is duplicated thousands of times across a network of computers. Then imagine that this network is designed to regularly update this spreadsheet and you have a basic understanding of the blockchain.

Information held on a blockchain exists as a shared — and continually reconciled — database. This is a way of using the network that has obvious benefits. The blockchain database isn’t stored in any single location, meaning the records it keeps are truly public and easily verifiable. No centralized version of this information exists for a hacker to corrupt. Hosted by millions of computers simultaneously, its data is accessible to anyone on the internet.

To go in deeper with the Google spreadsheet analogy, I would like you to read this piece from a blockchain specialist. 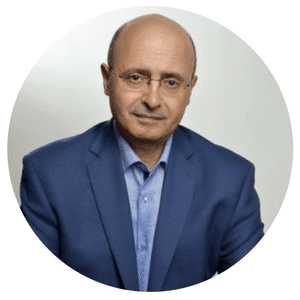 “The traditional way of sharing documents with collaboration is to send a Microsoft Word document to another recipient, and ask them to make revisions to it. The problem with that scenario is that you need to wait until receiving a return copy before you can see or make other changes because you are locked out of editing it until the other person is done with it. That’s how databases work today. Two owners can’t be messing with the same record at once.That’s how banks maintain money balances and transfers; they briefly lock access (or decrease the balance) while they make a transfer, then update the other side, then re-open access (or update again).With Google Docs (or Google Sheets), both parties have access to the same document at the same time, and the single version of that document is always visible to both of them. It is like a shared ledger, but it is a shared document. The distributed part comes into play when sharing involves a number of people.

Imagine the number of legal documents that should be used that way. Instead of passing them to each other, losing track of versions, and not being in sync with the other version, why can’t *all* business documents become shared instead of transferred back and forth? So many types of legal contracts would be ideal for that kind of workflow.You don’t need a blockchain to share documents, but the shared documents analogy is a powerful one.”

Credits to Block Geeks for the information "What is Blockchain Technology"

For those that still need more information about Blockchain technology you may want to one of the following websites.

Another way of getting a better understanding of Blockchain Technology is watching one of the following videos.

The Bitcoin and Blockchain Technology Explained - Video by Rodrigo Henrik

What is blockchain technology?  - Video by Rajamanickam Antonimuthu -

Eventually it all comes down to create a new solution for the way we experience technology.

A network of so-called computing “nodes” make up the blockchain. 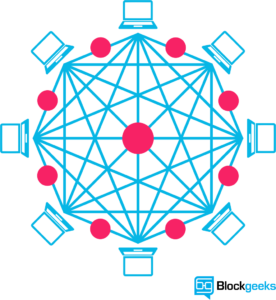 More about Blockchain technology via Wikipedia:

A blockchain,[1][2][3] originally block chain,[4][5] is a continuously growing list of records, called blocks, which are linked and secured using cryptography.[1][6] Each block typically contains a cryptographic hash of the previous block,[6] a timestamp and transaction data.[7] By design, a blockchain is inherently resistant to modification of the data. It is "an open, distributed ledger that can record transactions between two parties efficiently and in a verifiable and permanent way".[8] For use as a distributed ledger, a blockchain is typically managed by a peer-to-peer network collectively adhering to a protocol for validating new blocks. Once recorded, the data in any given block cannot be altered retroactively without the alteration of all subsequent blocks, which requires collusion of the network majority.

Blockchains are secure by design and exemplify a distributed computing system with high Byzantine fault tolerance. Decentralized consensus has therefore been achieved with a blockchain.[9] This makes blockchains potentially suitable for the recording of events, medical records,[10][11] and other records management activities, such as identity management,[12][13][14] transaction processing, documenting provenance, food traceability[15] or voting.[16]

Blockchain was invented by Satoshi Nakamoto in 2008 for use in the cryptocurrency bitcoin, as its public transaction ledger.[1] The invention of the blockchain for bitcoin made it the first digital currency to solve the double spending problem without the need of a trusted authority or central server. The bitcoin design has been the inspiration for other applications.[1][3]

Read the full page about Blockchain Technology on Wikipedia

More information about the Blockchain Technology that is used by MUXE B.V for the MUXE Tokens and certain areas of the MUXE Platform.

MUXE is using the ERC20 Smart Contract system for the MUXE Token which is based upon the programming language  (Solidity).